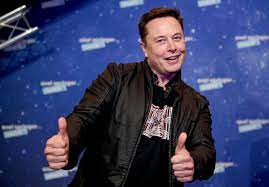 In a remarkable show of self-reflection, Twitter co-founder and former CEO Jack Dorsey had a moment of clarity online just a week ago.

“The days of usenet, irc, the web…even email (w PGP)…were amazing,” Dorsey said in a tweet, referring to old-school online messaging systems and platforms from back in the Wild West days of the internet.

“Centralizing discovery and identity into corporations really damaged the internet. I realize I’m partially to blame, and regret it.”

Dorsey has a troubled history with the idea of centralized control and, let’s be blunt, censorship.

When Dorsey first started Twitter in 2006, he famously promoted Twitter as the “free speech wing of the free speech party.” And for a while, Twitter lived up to the hype.

Ordinary, anonymous citizens could interact as equals in speech with verified journalists, policymakers and celebrities. This was simply too powerful and liberating a tool — and one too dangerous — for the power elite, their client constituencies and the centralized corporate world to allow to stand.

Following a series of unfortunate changes in the mid- and late-2010s, and demands from partisan lobby groups that wanted to reign in free speech, ranging from the Anti-Defamation League to LGBTQ activists and other left-wing groups, centralization and censorship came to Twitter. (It’s not that right-wing activists weren’t pushing their own version of censorship, it’s just that Twitter never listened to them.)

These actions closing off the parameters of dialogue came in the name of “safety” or to combat “disinformation” — information whose very existence is deemed troubling to whomever is pointing the finger. “Harassment” became defined as public disagreement.

When Twitter’s banhammer swung so hard as to ban former President Donald Trump from the platform, Dorsey, in a moment of possible introspection, said he felt the action set “a precedent I feel is dangerous: the power an individual or corporation has over a part of the global public conversation.”

Despite this, it seemed like narrowing the boundaries of free speech was the course Twitter would continue to follow. At least until this week, when rogue entrepreneur and Tesla CEO Elon Musk bought a nearly 10% stake in Twitter, making him the single largest outside shareholder in the company.

Musk and Twitter have a history — he’s a bit of a troll and he’s allegedly used Twitter to push investments, to the point where the SEC is looking into a number of minor violations, but there’s little doubt the man is committed to the idea of free speech in a manner Dorsey once was.

He’s been quite outspoken about the issue, publicly contemplating starting his own social media network. The last straw for him may have been a ban on the popular account The Babylon Bee, a conservative parody account and website that colors inside the lines but pushes the edge with its satire.

Most notably, just before the massive stock purchase, Musk used his considerable Twitter account — 80 million followers — to post a poll asking, “Given that Twitter serves as the de facto public town square, failing to adhere to free speech principles fundamentally undermines democracy, what should be done?”

By Monday, amidst more than a little pushback from blue-check accounts and Twitter employees, Musk was invited to the board of directors.

“Through conversations with Elon in recent weeks, it became clear to us that he would bring great value to our Board,” Twitter CEO Parag Agrawal said in a tweet on April 5, a day after the purchase was made public. “He’s both a passionate believer and intense critic of the service which is exactly what we need on Twitter, and in the boardroom, to make us stronger in the long-term.”

Now, let’s be straight. I’m skeptical of whether Musk will be able to make the changes the pro-censorship people are so afraid of, or whether he’ll really try.

And he’s going to get pushback.

Already Jonathan Greenblatt, the powerful head of the ADL who has the ear of most of Congress and the mainstream media, is trying to reframe the debate on free speech.

“This isn’t that hard. Freedom of speech doesn’t mean freedom of reach,” he said on Twitter. “@Twitter and other platforms can choose to publish conspiracies but they should not promote them. They can opt to allow hate speech but they shouldn’t amplify it. It’s a matter of common sense not censorship.”

Greenblatt is not alone. They’re pulling out all the stops.

But no matter how it’s spun, people who remember the old days of Twitter know that what exists there is no longer common sense, but rather censorship — unexplained, unrationalized and all-pervasive.

And good luck to Musk if his actions back his talk. It’s a rare thing when history allows such an opportunity for a monumental course correction back to sanity.

How does this relate to crypto? It’s almost perfectly parallel. Crypto is still in its Wild West days. And in many ways, it’s more protected from the very centralization that shackled social media on the internet.

That’s not stopping the efforts to regulate the crypto space. In fact, short of arguments over furries and feminist theory, a lot of the same arguments are being trotted out, dusted off and given a new/old purpose.

“The regulation is about the need for safety.”

“We need oversight to protect people, especially the marginalized and the vulnerable.”

“We don’t have to ban crypto, but we shouldn’t provide a platform for those who don’t want oversight/centralization/regulation.”

They will continue poking and prodding, throwing rationalizations against the wall to see what sticks, appealing to altruism or people’s general sense of fairness — anything they can to establish a beachhead.

And then it’s all downhill from there.

And in the case of crypto, if we go the wrong route even the richest man in the world with the best intentions and his eyes on the stars won’t be able to save us.

We have to get the future right the first time.